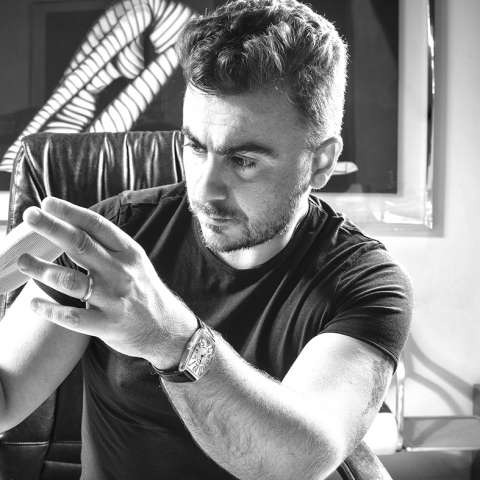 Andrea was born in Italy in 1973 and since the young age, he aspired to a career in the shoe industry, mainly thanks to his grandfather, Aldo Botticelli, a famous and luminary entrepreneur. Graduated in Economics and Commerce in 1997, due to family background, he started to design shoes and, with his two brothers Giorgio and Marco, he founded his own company: FESSURA. In 1999 Andrea invented and realized the MUMMY SHOES, a modular shoe with Changeable Upper. With a world patent, this style is one of the most important innovations in the Shoe industry. Andrea's idea was to realize Shoes without using the traditional production process, giving also the final customers the freedom to build and customize his shoes. Furthermore, Mummy is a real Eco-friendly Product. In 2010 Andrea Invented the SOCK SHOES, a line of shoes comfortable like Socks yet stable like shoes, thanks to the use of a bandage system positioned in strategic part of the footwear. This Line is a pioneer of the recent sneakers with elastic bands and marked the beginning of a trend well known worldwide, even nowadays, and used by many Top international brands. In 2017 Andrea met Sofia Telatin, product design student, and liked her idea of applying the principles of plantar reflexology and generate a foot massage while working. From that idea, together they built the REFLEX SHOES, a pair of shoes matching three macro trends: Pleasure, healthcare and green.  Andrea is also passionate about art. He created his first painting in 1997, and today his collection has more than 50 canvases, all characterized from a recurring Bandage Pattern that continuously inspire him in the creation and design of his shoe lines.  Andrea is passionate about Music and founded a Music Band called “Super Fessura Band” in which he is the composer, piano player, and singer.