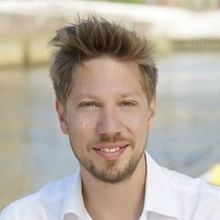 Florian Hoffmann is the founder and CEO of Berlin’s DO School, a renowned development ground for Purposeful DOers from around the world, working in partnership with major institutions and corporations, including IKEA, H&M, the Deutsche Bahn, Covestro, Unilever, Axel Springer, the Hong Kong Jockey Club, the United Nations’ Environmental Program, and others. Florian is a serial social entrepreneur and international speaker. He has received numerous awards for his work and was named one of 100 distinguished Young Global Leaders under 40 by the World Economic Forum in 2017. He also sits on the Supervisory Board for the World Future Council. German by birth, Florian has launched various ventures in philanthropy and entrepreneurialism in the US, Europe, and Asia over the last decade. He was a co-founder of the Swiss Dekeyser & Friends Foundation in Geneva and launched The DO School, with his wife Katherin Kirschenmann, in New York in 2013. The DO School opened its campus in Berlin, where it is at the heart of the city’s thriving start-up culture in 2014. Florian regularly contributes to ongoing global public debate on the future of work, innovation and co-creation. He has spoken on the DO School Method at more than twenty Universities across the world including Columbia, Oxford, the University of Geneva, the Hasso Plattner Institute at Potsdam University and the European Business School. Florian is a thought after speaker for leadership gatherings and is also represented by London Speaker Bureau. An advisor to the American Friends of Bucerius, Florian was named a Fellow by the Tribeca Disruptive Innovation Awards in 2015. The following year, he was a recipient of the German government’s Land der Ideen Award. He has been profiled in various international newspapers, including The Wall Street Journal the The Financial Times or the FAZ, as well as magazines such as Inc. and Fast Company.

The DO School PRIMARY

The DO School - NOAH19 Berlin