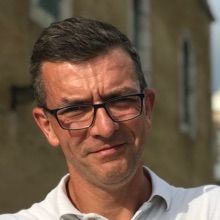 He is also a Director of his own company Interventus Ltd and serves as a Non Executive Director at National Express plc. He was CEO of lastminute.com from 2011, until the business was acquired by lastminute.com Group (previously Bravofly Rumbo Group) in March 2015, when he became Deputy CEO and Chief Integration Officer until December 2015. Previously he was Senior Vice President of Lodging at Expedia, instrumental in building Expedia’s hotel inventory and price competitiveness, particularly in Europe where the company faced significant competition in its Hotels business. He also managed the move of Expedia’s Lodging business from the U.S. to Geneva, Switzerland, and managed the integration of Venere into Expedia following its acquisition. Earlier, he was VP of Transport and Tour Operators in Expedia’s Partner Services Group. Prior to Expedia Matthew was global business development director for Nestle UK, and started his career in sales and marketing in the UK and Europe with Procter & Gamble.