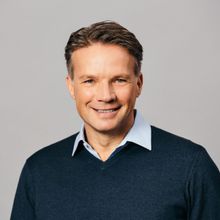 Before joining tado°, Toon Bouten previously served as Vice President of Philips Electronics NV, where he led the European Consumer Division with multibillion Euro revenues in 48 EMEA countries. As Vice President of Compaq Computers he started the Compaq Consumer Division in EMEA and reached the number one market position in Europe with more than a billion Euro of revenues within six years. In early 2000, he took over the CEO position from the founder of Jobline AB, one of the first online recruiting companies and within one year successfully scaled the company to three divisions in nine countries, quadrupled revenues and listed the company on the Stockholm Stock exchange. More recently Toon served as President and CEO of GN Store Nord and GN Netcom, the Danish headset maker where he successfully redesigned its value chain and transitioned it to a scalable and well-positioned leader in the headset industry. Toon Bouten holds an engineering degree from the Technical University of Eindhoven.