INFARM is pioneering on-demand farming services to provide urban communities with fresh, nutritious produce, in affordable prices. WE ARE THE NEW FARMERS AND THE CITY IS OUR FARM 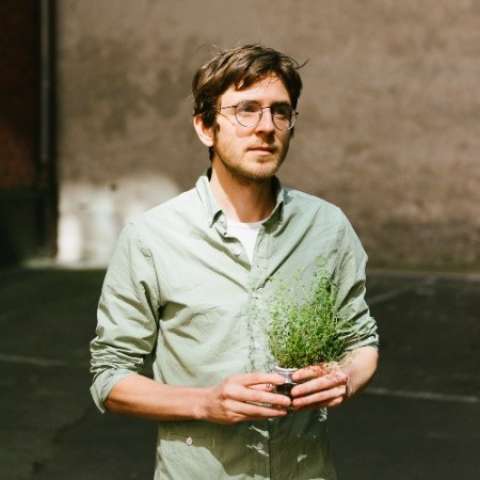 Infarm was founded in 2013 by Osnat and brothers Erez and Guy. What started as a mobile vertical farm in an old 1955 Airstream trailer has now grown to a team of over 150 Infarmers. Just like our plants, our team comes from all corners of the globe: Tel Aviv, Seoul, Paris, Lisbon, and Taipei to name but a few. At Infarm, horticulturalists work next to industrial engineers and biologists collaborate with chefs. Prepare to be challenged to look beyond your field for a possible solution - every team member brings their own point of view and knowledge to the table. We believe this is our greatest asset. At Infarm we want to bring together a passionate group of individuals and unite them under a common cause: feeding the cities of tomorrow.

Infarm is a technology company that has developed smart, hydroponic vertical farms that can be used in urban areas to supply customers, restaurants, and shops with fresh, nutritious fruit and vegetables. Not only does getting locally grown food mean fresher tasting ingredients, but it is also kinder to the environment, meaning that the produce served in restaurants and eaten in the home within city areas has not been transported from elsewhere – reducing the carbon footprint of every meal significantly. Growing produce in this way can also cut the costs of getting hold of it, helping households, retailers, and restaurants run more cost effectively. Each farm created using Infarm’s solutions is managed using its robust farming platform, which controls and monitors the environment the plants are growing in to ensure the best conditions, making for the best quality and highest fields. Infarm, based in Berlin, Germany, also has farms and stores in France and Switzerland, and its website, technology, and materials are available in French and English as well as in German. As of May 2019, Infarm has received plenty of positive media coverage both in Germany and worldwide, including appearing in The Guardian, Die Zeit, Tech Crunch, and Fast Company.