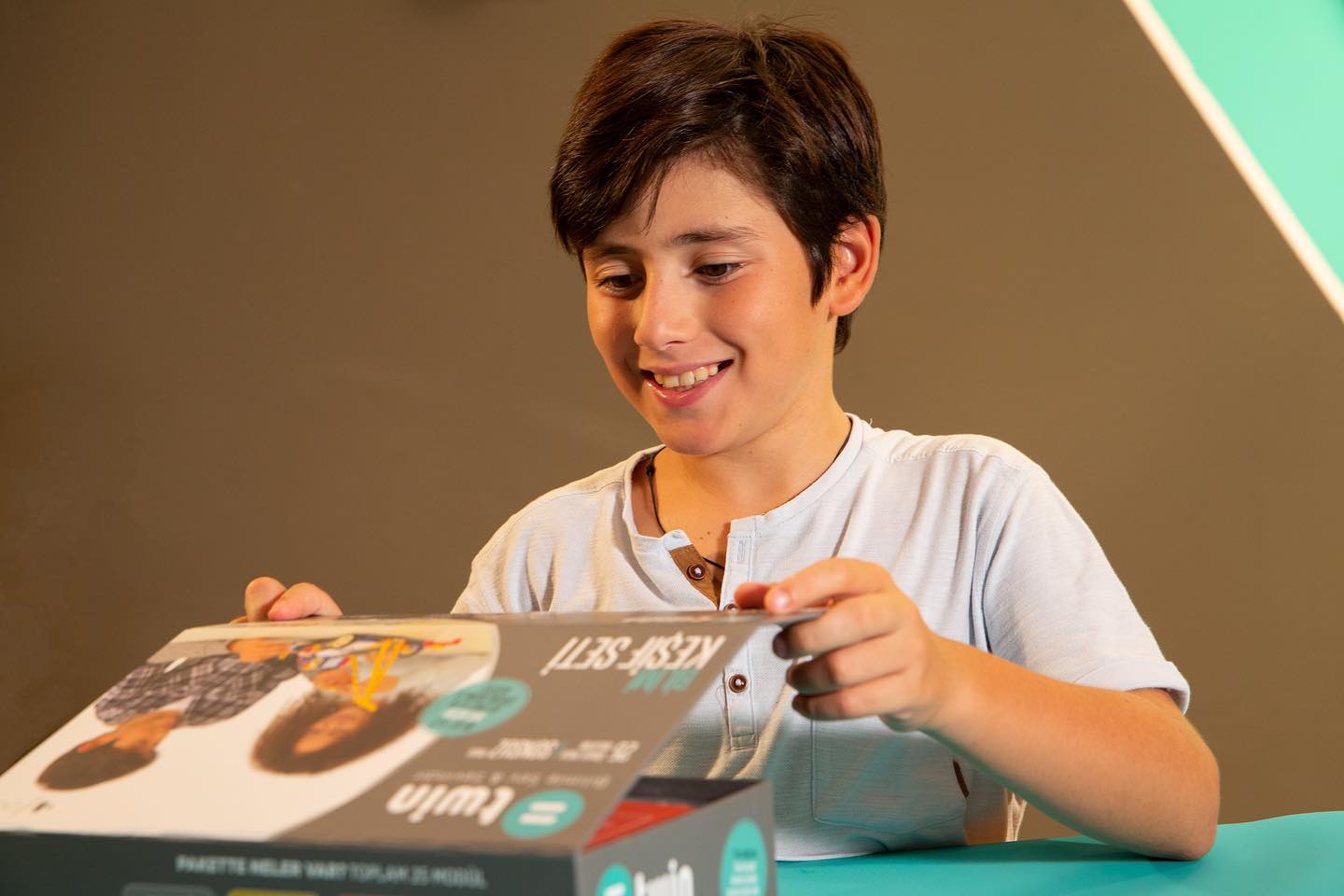 Twin Science & Robotics is an EdTech startup that teaches the VR and robotics technology and provides scientific content to the most underprivileged parts of society through their robotic kits and digital app.

Except for its unique mission, Twin Science is interesting as one of NOAH’s success stories – after pitching on Startup Stage of NOAH Berlin 19, the company has become the most voted startup in the startup stage competition and got a chance to present at NOAH London 19 Main Stage.

We’ve talked to Asude Altıntaş, CEO & Co-Founder of the company, about the company’s impressive aim, about how VR technology can change our education, and the founders’ experience at NOAH London and Berlin Startup and Main Stages. 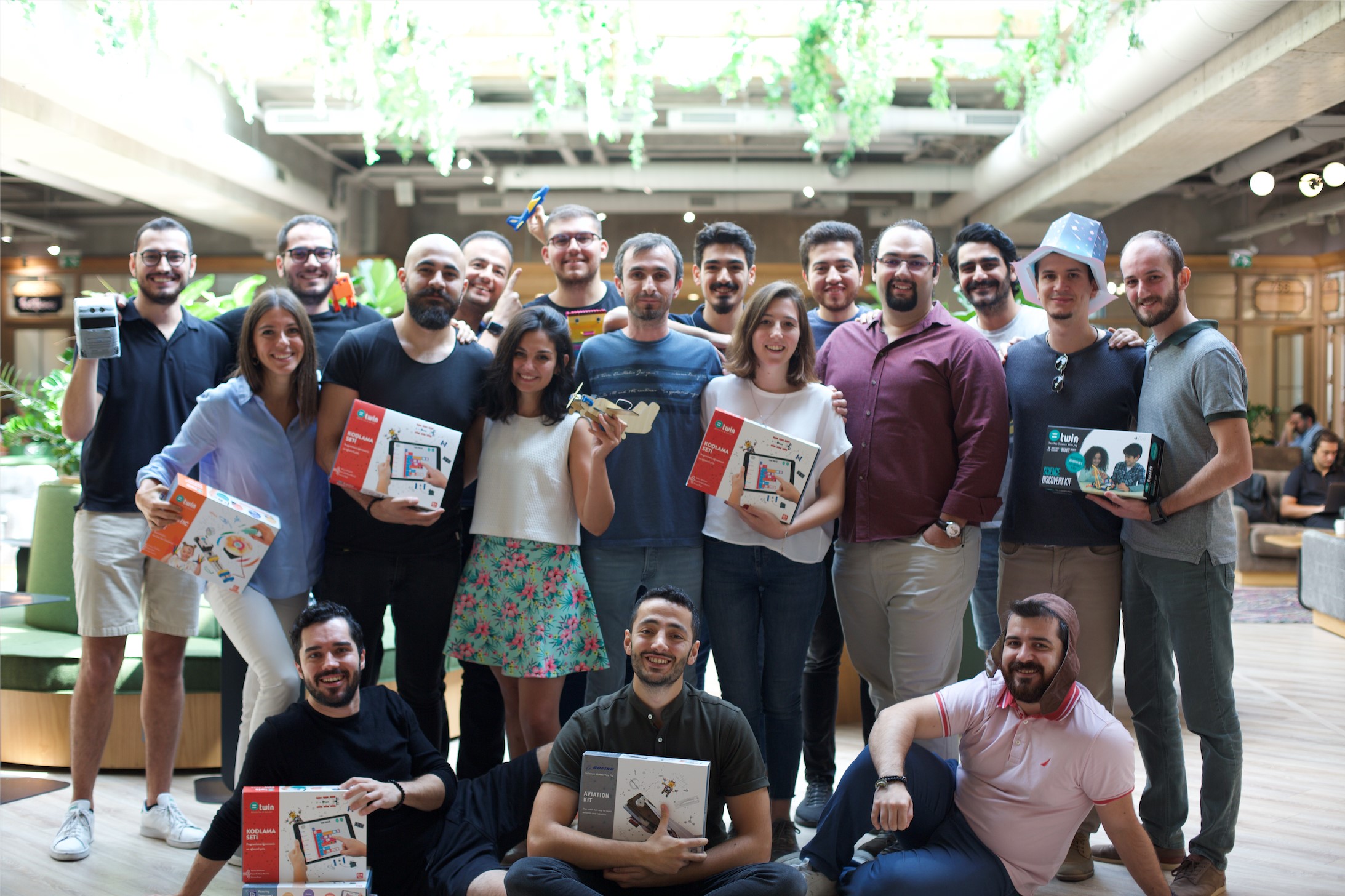 How did you come up with the idea of starting up Twin Science and what was your main driving factor?

Everything started as a social impact project with access to inquiry-based education in mind. Before we established Twin, we have traveled all around Turkey and made science workshops with more than 5.000 students in rural areas at YGA, most reputable NGO in Turkey.

We aimed to deliver the most advanced technology and scientific content to the most underprivileged part of society, so we developed Twin Robotics Kits to use in those workshops.

Twin Robotics Kits include electronic modules that are compatible with each other and with building blocks so children can build their robotic projects while understanding the concepts of latest robotics technologies.

Our aim is to make children explore real-life applications with hands-on experiments rather than forcing them to learn the concepts in the abstract way. Allowing them to discover ways of problem solving, increase their creativity, unlock their passion for learning and inspire innovation.

To reach more children, me and our co-founder Cihan hosted 14 episodes of an entertaining scientific TV show at CNN Turkish Channel. And after the show, the high demand from parents and teachers brought us to launch our company to scale our social impact vision with strong business. Twin is a mission driven ed-tech startup based in Turkey and UK. We aim to spread the joy of science and develop the sense of know-how among all children.

”So far, we have reached 200.000 children, 1.000 teachers, and 500 disadvantaged schools. Next year, we aim to reach a broader scale in underdeveloped countries with our strategic partners such as Rolls Royce, Ford, Boeing

You say that you provide “the latest technology to the most remote rural areas” – what areas have already been covered?

So far, we have reached 200.000 children, 1.000 teachers and 500 disadvantaged schools. Next year, we aim to reach a broader scale in underdeveloped countries with our strategic partners such as Rolls Royce, Ford, Boeing.

Twin Science kits not only present the concepts of most advanced technologies to the kids but it also delivers it to those in the most disadvantaged echelons of society because we believe that the human knowledge grows by sharing. Our mission is to fill the knowledge gap in society and provide equal opportunities of scientific education for kids. A Turkish philosopher Yunus Emre says: “Science is to apply science, science is to know thyself”. Our vision is to become the biggest hybrid education platform where every single child, know thyself, find their own unique talent and transform it into a competency in his / her early age.

How do you think the education system will change in the next 15 years?

According to a study made by WID, income inequality has increased gradually from around the world, starting from the industrial revolution, and almost without showing any decline pattern. Countries which produced technologies and IP’s sold their turnkey capital assets to those who are not able to buy, by providing financial credits, opened the knowledge-gap and served for this graphic.

We don’t want to live a war scenario that may occur from the increase of the gap between people or from misuse of technology to kill people or nature. We demand a peaceful, regenerative 2030 rather than a degenerative one. We dream about a generation of youth, who may live under every circumstance, who may contribute to this world, self-confident, unifying and who may produce conscience technologies for a better planet.

We believe this dream may be realized by not hiding but sharing the real-know how. Twin Science shapes the future engineers, inventors, scientists, and artists. VR plays an important role in this scenario. Introducing consistent visual component to the curriculum can increase retention by 40%. We observe that visual materials as videos are increasing in education. VR will add a 3rd and 4th dimension to that visualization. According to ISTE study, 70% of the teachers’ state that VR supported education has a positive effect on children in terms of learning.

With the application we are working on, we dream to bring the labs equipped with the latest technology to children’s home thanks to AR/VR. We are developing digital workplace where children can repeat the experiments and build any prototype they wish without any risky process of welding.

Thanks to the digitalization children will be able to gain know-how from the best teachers around the world. We are building a world that we want to live in 2030. 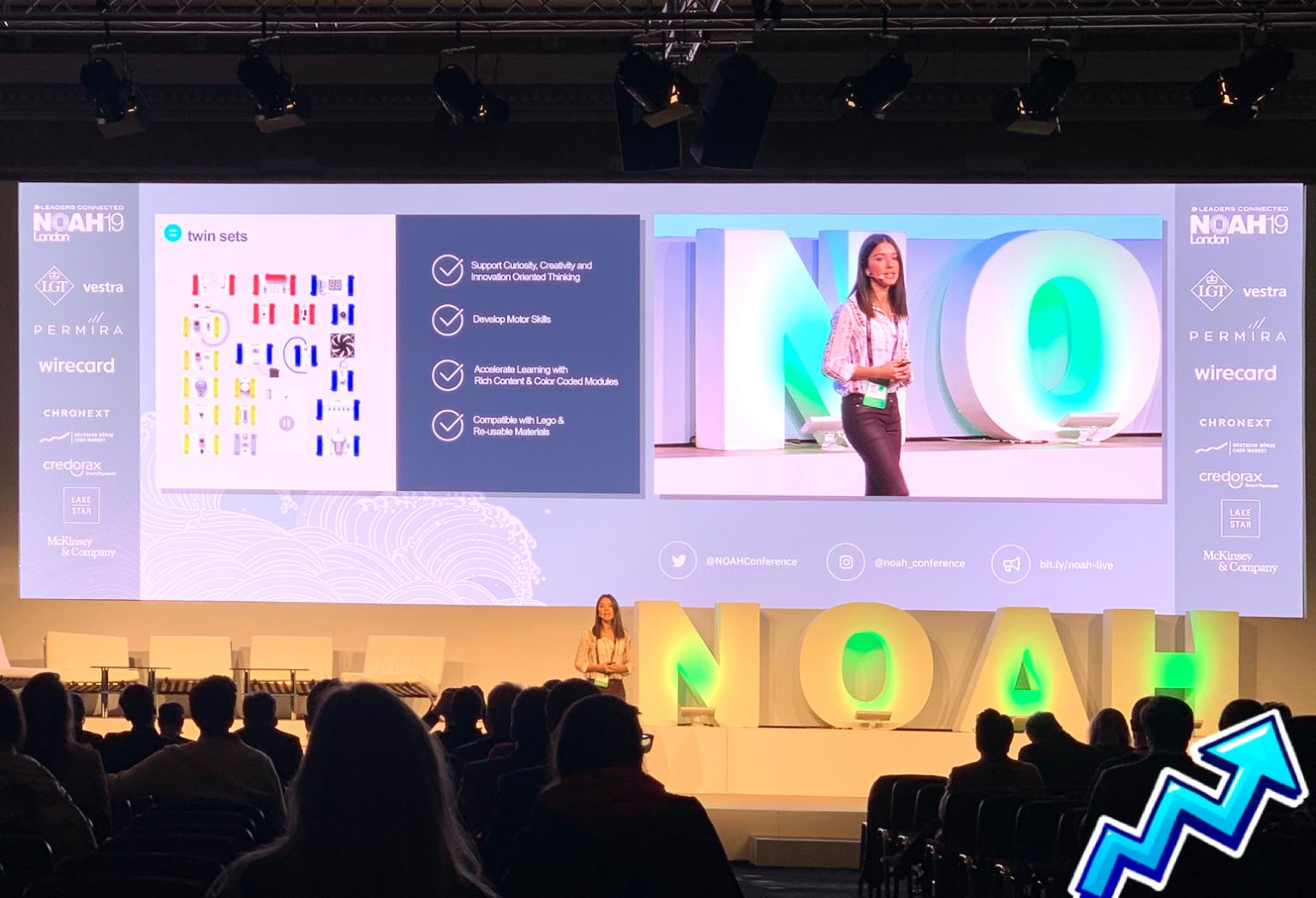 ”Introducing a consistent visual component to the curriculum can increase retention by 40%. And 70% of the teachers’ state that VR supported education has a positive effect on children in terms of learning

From the startup competition till NOAH London 19 what has changed in your company?

We closed our seed round investment and NOAH provided us with great feedback from important VC’s for our next round investment. This year we hit $1 M revenue and growing 9x. Our digital product will be announced in December and we will have a hybrid model including both physical products and digital subscription.

You have been presenting on both NOAH stages – what are your impressions from each?

We presented at the Startup Stage at NOAH Berlin and the Main Stage at NOAH London. Berlin was our starting point and it helped us to get to know the NOAH ecosystem. With that experience, NOAH London was more effective for us. Being at the main stage brought much more visibility for us. Throughout our journey, we have also learned how to use NOAH Connect application efficiently, this is also why we get more returns at NOAH London.

I definitely recommend startups to participate in NOAH Conference  — it has a very unique ecosystem where you can meet world class investors and senior executives. Meeting with VC’s, establishing new business partnerships was the most beneficial part of NOAH Conferences for us. And of course, it brought a great visibility and public awareness to our company, especially after our speaking slot. NOAH offers an invaluable experience.

Apply now to present at the next NOAH Conference Startup Stage!